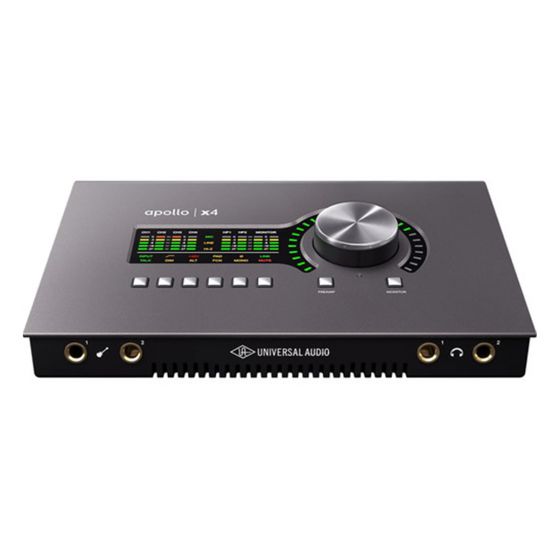 The Apollo x4 offers a comprehensive monitor section with talkback functionality and dedicated front-panel controls for Alt Speakers, Dim, and Mono functions, as well as input and output metering capabilities. In addition to the dedicated stereo monitor feed and dual independent headphone outputs, four 1/4" line outputs are available for connection to power amps, active monitors, or an analog mixer. A total of four Apollo interfaces and six total UAD-2 devices can be combined, allowing Thunderbolt users the ability to expand their I/O and DSP.