2 in stock!
Skip to the end of the images gallery 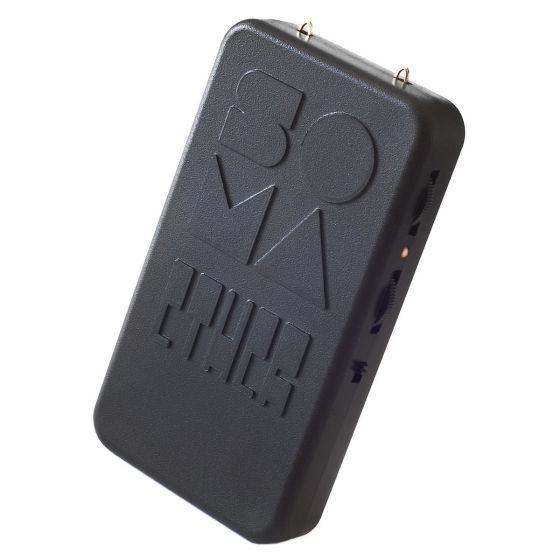 ETHER is a wide-band receiver that makes it possible to perceive the electromagnetic landscape around you. ETHER is a kind of anti-radio. Instead of being tuned to a specific radio station, it receives all the interference and radiation that a traditional radio tries to eliminate in order to create a clean signal. It captures the radio waves “as is” from hertz to gigahertz, because it doesn’t contain the tuned input circuit that filters out all frequencies except the narrow band of a specific station. This allows ETHER to perceive the invisible electromagnetic landscape that humans created unintentionally, making possible live electromagnetic field listening and recording.

Explore the unseen
Operating as a kind of anti-radio, ETHER allows you to take a listen to the universe of electromagnetic waves that surrounds you. These impulses run through our cities on unseen rivulets of energy. They surround us and can be picked up by ETHER, whether for recording or just for sheer enjoyment and curiosity.

This pocket-sized tool can be used reproduce these frequencies uncoloured by a typical radio's signal cleansing circuits. Artefacts and all. ETHER is simple, it features a headphone out, volume control and an on/off switch, but the world with which it helps you integrate is complex. We are surrounded by these waves and now you can record them, using them to add interest and flavour to your audio work. Whether you work in film, tv, games, or are a musician, the sound design capabilities are huge - seemingly infinite.

Intricate and long lasting
The Ether is built from both magnetic and electric components which allow it to sense the radiation around us. For maximum sensitivity, hold ETHER towards your source on its axis. As you change the position of ETHER around your source, the sound meanders and you will hear different iterations and subtleties of the same frequencies. You can directly touch any conductive material to pick up waves. This includes your body. It uses these conductors as a big antenna allowing you to hear things you wouldn't hear otherwise. As well as this, ETHER's simplicity lends itself to long battery life. Whilst it is not officially measured, there are reports of it lasting up to 300 hours before a change is required.