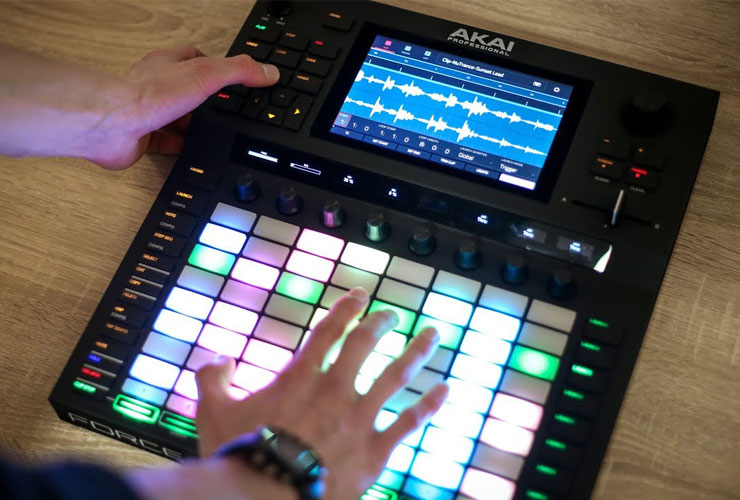 As Obi-Wan Kenobi would say, “May the Force be with you”. Now Akai would tell you the same thing. Almost 10 years ago they introduced APC MIDI controller for Ableton Live. Then they helped Ableton to build the first Push device. Now they are coming back with the beast of their own - standalone music production and performance workstation Force.

Force, like a swiss knife, has everything you need to produce your tracks and perform them live in the single unit with no computer required. 64 pad matrix, 7-inch multi-touch display, 8 knobs and a crossfader - such hands-on control in one device has not been seen before. Sampling like on MPC, synchronised clip and loop launching similar to Ableton’s Live, 4 fully-editable synth engines and many other cool functions - there’s no exaggeration in calling this device Force.