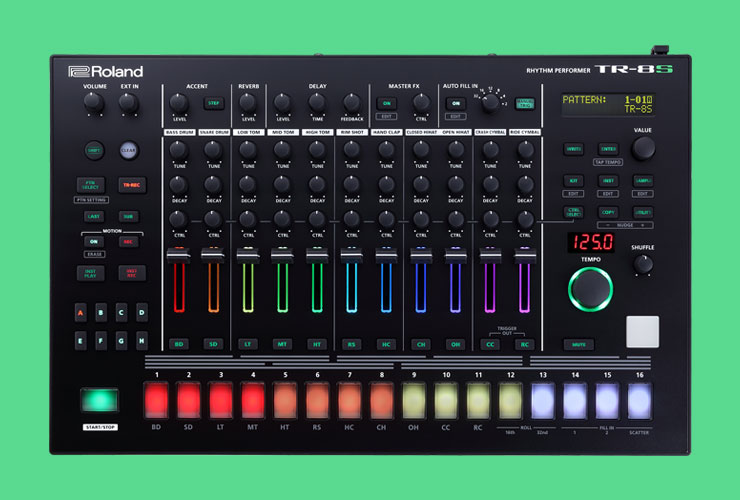 Roland TR-8S is the new and better version of TR-8, which has been released back in 2014.

Pattern memory has been expanded to 128 patterns (each can also have 8 variations), and there are 8 dedicated pattern triggering and chaining buttons, which means there is the freedom of creating more complex rhythms. Trigger pad has also been added to set velocity per step, and integrated sequencer allows to set different parameters to separate steps.

Another important add-on are stereo outputs which can be used as trigger outputs for the drum machine to interface with other external gear.

TR-8S became more expensive, but there is a lot of positive buzz online already. And finally, Roland understood all producers like black, not green!

The company already launched promo video and tutorials, so make sure to check them below if you want to know more about the TR-8S: