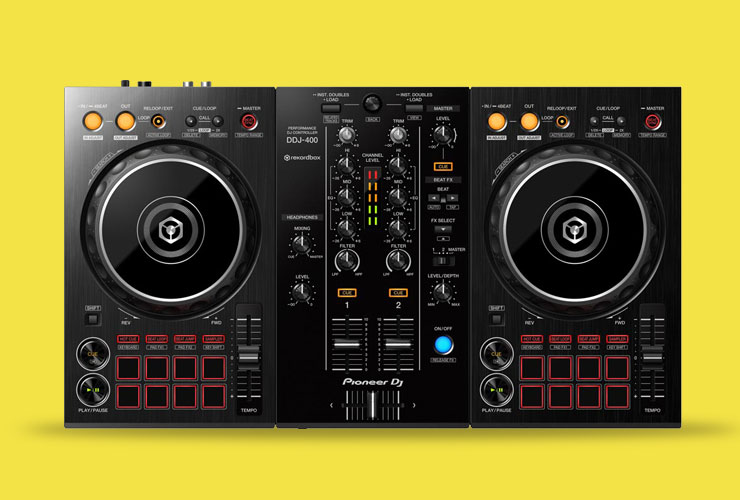 It sometimes seems like the selection of Pioneer DJ controllers is overwhelming – we can now count more than 10 models in production, and here is one more – the DDJ-400. Pioneer DJ controllers can be decoded simply by their name – company usually calls models with combinations of letters, where S stands for Serato, R – for Rekordbox DJ, and just recently a differently named model, the DDJ-1000, was announced, which brings us to comparison that DDJ-400 is something like it, only with less functions (simply because 400 is less than 1000 – this explanation is as stupid as it sounds, but that’s the logic here!). This is a controller dedicated to Rekordbox DJ and it looks like DDJ-RB at a glance, but it is not: DDJ-400 has looping controls like the ones on CDJ-2000NXS, and Beat FX are clearly inherited from DJM-900NXS. This brings us to conclusion: DDJ-400 is created with determined amateurs in mind – if you see yourself behind the decks in a club five years from now, DDJ-400 could be an inexpensive starting point, as its layout mimics the setup which can found in 90% of clubs around the world. This is not something totally new, but it will be interesting to compare the sales between the new DDJ-400 and DDJ-RB.