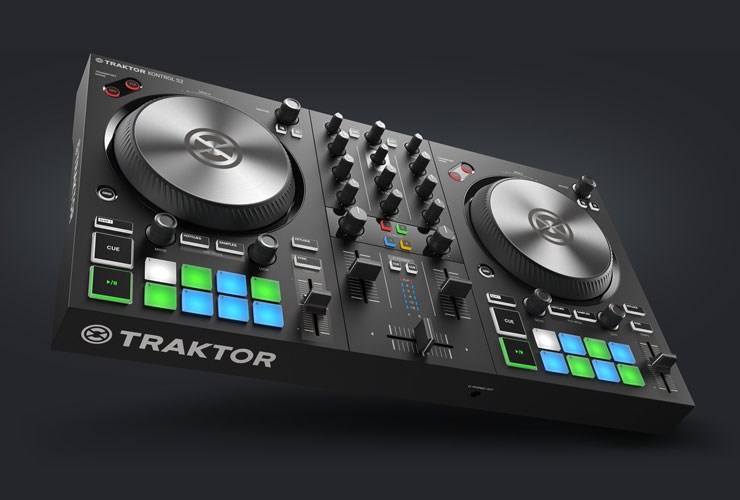 It’s been a while since we heard from Native Instruments, but they finally did what everyone expected them to do earlier – updated their bestselling Traktor Kontrol DJ controllers, the 2-channel S2 and 4-channel S4; we now are going to greet the third generation. While the company was taking a snooze, Pioneer managed to conquer a big part of the market with their Rekordbox DJ software and its dedicated controllers. Now NI are going to offer S2 MK3 for a lower price than S2 MK2, which is a clear intention to tempt those beginner DJs who are only thinking about what software and hardware to choose. The price of S4 MK3 has gone up, but there are differences as well. S4 MK3 now has high resolution colour displays, which show track ID and other relevant information required for mixing. The jogs of both controllers are new and bigger (diameter of 14 cm) – S2 MK3 offers two jog modes (jog and beatgrid), while S3 MK4 offers three (turntable, jog and beatgrid). S4 MK3 jogs also feature RGB LED rings surrounding each jog wheel which visualizes deck rotation in jog and turntable modes, track tempo and deck selection. New mixer effects are assignable for each channel and you can choose from 8 FX and 3 filter types. S2 MK3 possesses dedicated Mixer FX buttons on its mixer layout, S4 MK3 has them as well in addition to separate cue section and crossfader curve button. Both DJ controllers have full version of Traktor Pro 3 included.